Born in the northwestern of Europe Belgium in a small village Diepenbeek in 1966, and adopted by the Amalfi Coast, Positano, from 1994. “A small bite of Paradise” is how Alois describes his work being the executive chef, responsible for the success of “Zass” at the san Pietro of Positano, a one star Michelin restaurant that has one of the most technological and ecological cuisines in the world. Celebrities like George Clooney, Tina Turner, Julia Roberts, Robert De Niro, Bernard Arnaud (owner of the luxury brand LVMH) royaltie, princess and princesses are all fans of his cuisine.
He trained himself in the most prestigious kitchens around the globe such as Alain Ducasse, in Monte Carlo and Paris, Jean George in NY, Don Alfonso in Sant’Agata sui due Golfi, Michel Guerard in France, Kyomi Mikuni in Tokyo.

Alois manages to speak 6 languages and loves photography and travelling.
There are 3 things that make Alois smile: his kitchen, his little son Christian and his photo camera.

“As a chef, I try to bring out the soul of an ingredient, that might otherwise seem banal, but which reveals its hidden beauty in a photograph. Photography nourishes my creativity. My desire to communicate.It has become a natural expression.What fascinates me is how that you can portray entire worlds in a small rectangle, tell infinite stories, capture incredible subtleties of light and color…“ 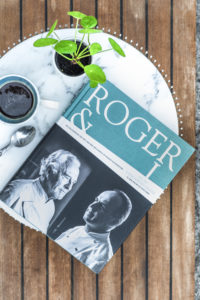 This is a list of my preferred gear. Tested in and out of the studio

Photography
For my photographic gear I choose. Nikon D4

Nikon GPS Unit GP-1, so I never loose track of where I  take photos.